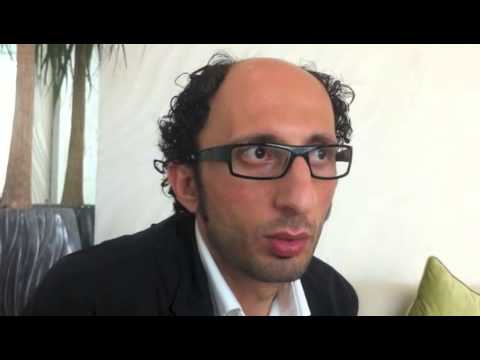 This week’s entrepreneur of the week is Wael Attili, the founder of animation and Arabic digital media company Kharabeesh and Endeavor Jordan company Think Arabia, a creative production, technology and publishing company for the Middle East and North Africa.

Kharabeesh is one of Jordan’s success stories currently, not just because they created our icon, The Mini Entrepreneur. After several of its political cartoons went viral during the Arab Spring, the company began expanding and now offers five seperate content streams, Toons, its adult animation channel, Dawsha, its music production channel, Tahsheesh, its comedy center, Kharabeesh Street, its talk show channel, and Rusoom, its channel for caricatures.

Attili, who spoke at CoE Animate about how the internet democratized animation, chats about how Kharabeesh monetizes digital content, why Kharabeesh has launched a roadshow in Amman and Ramallah that will come to Dubai, and how his family has supported him through the company’s tougher moments.

It’s a new era for digital media in the region. “This is the first time we see young celebrities from YouTube and people are waiting to get their autograph. This is something we’ve never been able to see before,” he says.

Share
Stay up to date on our entrepreneurs, events, research and more.